Dumpster Doll: The Early Years is a co-authored memoir by Michelle Mays and Michelle Moone that details the life of Mays, who was born into an abusive family in the Midwest. As Mays and her siblings cling to survival, the balance of family ties is weighed against alcoholism, drug abuse, abandonment, and despair. Hope dawns in the form of foster care, only to be deferred by multiple placements and a system not equipped to support the children it’s meant to protect. Michelle Mays’ inspiration to write Dumpster Doll: The Early Years originated in high school when her AP Literature teacher, Mr. Seward, told her to stay after class one day and asked if the essay assignment she had turned in was her life’s story. She said yes, and Mr. Steward told her, “You have to write a book and tell your stories. These can help people.”

She heard similar encouragement from Dr. Kline, her college psychology professor. Dr. Kline even offered to help Michelle write her story, and they often met over lunch and dinner to workshop one chapter at a time. During one of the workshop sessions, Dr. Kline brought up the term ‘dumpster doll’ during the chapter “Nelly.”

“I drove home that night and could not get that term out of my head,” Michelle said. “That night forward, ‘Dumpster Doll’ has been the title. My life has been forever molded by wonderful mentors such as [Mr. Seward and Dr. Kline].”

The modern iteration of the book didn’t begin until Michelle Moone went through a difficult layoff. By then, the Michelles were already best friends and would often call each other just to talk.

Michelle Mays was driving back from an upsetting visit with her family, and she decided to call “her bestie” Michelle Moone to lighten the mood. “[Moone] has wonderful advice and is very wise,” said Mays.

During the call, Moone said “you know Michelle since I have known you, I have wanted to write your story. Can I take a stab at it?”

Mays liked the idea and said yes, thinking it was a great way to distract her friend from the recent layoff and an excuse for them to hang out.

“I honestly thought we would have a few girls’ nights and some bottles of wine and [the plan to write the book] would fizzle. But she is such a beautiful writer and made the act of rehashing these horrible facts a lot less painful than I anticipated. I never would have done this by myself. Sometimes we would be so engrossed in a story that it would be 5:30 am before we looked at a clock.”

Mays has always been open about telling small, isolated pieces of her story to help others feel better, but it was difficult for her to tell her full, uncensored experiences.

“It was honestly like letting go of a weight I have been holding for over 40 years. We would sit, and I would reveal one story at a time, and then Moone would type. She would then read what she wrote to me, and I would close my eyes while she was reading. I always said, ‘if I can’t picture it, then it’s not detailed enough.’ We re-wrote so many stories together—over and over—to add more emotion and substance because I wanted the reader to feel like they were there.’”

Moone said that if Mays cried at what was written, then they knew they had gotten it right.

They took several breaks from writing Dumpster Doll, such as when Mays starred in a musical, performed DJ gigs, and went through a death in the family. They kept going though, and largely in part due to both of them working together.

One of the biggest barriers Mays faced when trying to tell her story in the past was the judgment or pity written on other people’s faces.

“I hate the pity look. If someone gives me that look, I think to myself, ‘why do you think I need pity? I am stronger than you will ever be able to comprehend.’”

Mays recommends writing your own story with a trusted friend, especially if you’re struggling to get it down on the page.

“I wrote the preface all by myself and dehydrated my body crying so much,” said Mays. “Michelle Moone is my best friend and has a degree in psychology, so I felt comfortable revealing things that I could not admit to anyone else.”

They finalized Dumpster Doll in the cabin where Mays would go as a child with the Lariscys, and she did it with her chosen family, her best friend.

Like Mr. Seward suggested many years ago, Mays wanted Dumpster Doll to be “a story for those who need hope when this world seems like too much to handle.” She hopes anyone who’s gone through similar atrocities finds strength from reading her stories, and she wants them to know that they’re not alone.

On the opposite side of the spectrum, Mays wants bullies, parents with addictions, and sexual predators to also read her book. “I hope it heals their hearts and helps them see life in a different light,” she said. “Maybe if people see how bad it can get, they will think twice before making those mistakes at the expense of a child’s innocence.”

The positive feedback the Michelles have received for Dumpster Doll has been amazing, and word of the book has spread at a shocking speed.

“It is everything that I had hoped would happen,” said Mays. “My husband told me I am not allowed to read the reviews in public anymore because I keep crying, and he doesn’t want people to get the impression we are fighting.”

They’ve been contacted by multiple organizations since the book has gone on sale. Mays was in the early stages of creating a foundation to support foster children who age out of the system when a Vice President of a company in Columbus, Ohio approached her and offered to help her start the organization.

This new foundation will provide transitional support to aging foster children, whose numbers can range around 20,000. Many of them become addicted to drugs, homeless, or commit suicide.

“Having been there myself, I can relate [to their] mentality and [overwhelming] lack of self-esteem once the system drops them due to age,” Mays said.

An employee of CASA (Court Appointed Special Advocate) also reached out to them after reading Dumpster Doll, saying how impactful the book was and that they (the CASA member) would take it to their superior to add to the national recommended reading list. CASA is a giant organization that spans the entire country and helps out foster children, so the Michelles were ecstatic to hear that Dumpster Doll would be nominated for the reading list. Mays exclaimed, “That is exactly what I shared my story for!”

Another piece of exciting news for the Michelles was when Dumpster Doll attracted the attention of the NY Times Bestselling Author, Caroline Leavitt. Leavitt interviewed Jacob Marquez, the creator of a large book club named The Reading Corner, for her blog. When Leavitt asked, “What book is on your radar that people might not know?” Jacob answered Dumpster Doll, and Leavitt included a picture of the book on her site.

The most recent bit of news came from Mays’ cousin Ben, who does sound and production work for gospel singers and has been nominated fifteen times for a Grammy. Ben offered to produce an audiobook version of Dumpster Doll in his studio with Mays as the narrator. The recording is scheduled to begin in March.

A sequel to Dumpster Doll is in the works, which will focus on the period of Mays’ life when she was aged out of the foster system and faced homelessness. So far, the Michelles have finished half of the second book, but haven’t decided on a title yet.

They hope their story is picked up for a TV series, which would “spread the word faster and farther.”

“I had a recurring dream (like watching a movie) of this part of my life every night until we were finished with my early years,” said Mays. Now the recurring dream is of my teenage years. I’m hoping once I finish the adult years, all the demons will be put to rest.”

Dumpster Doll is a phenomenal story that deserves to be heard and should be shared in order to help others who are going through similar circumstances. We’re proud to publish Dumpster Doll, and don’t be afraid to share your story.

Do you have a story that needs to be heard? We’re always seeking excellent manuscripts.  Learn more here. 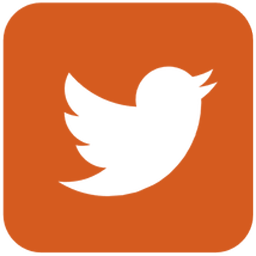 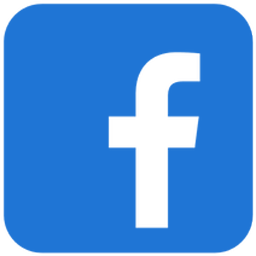